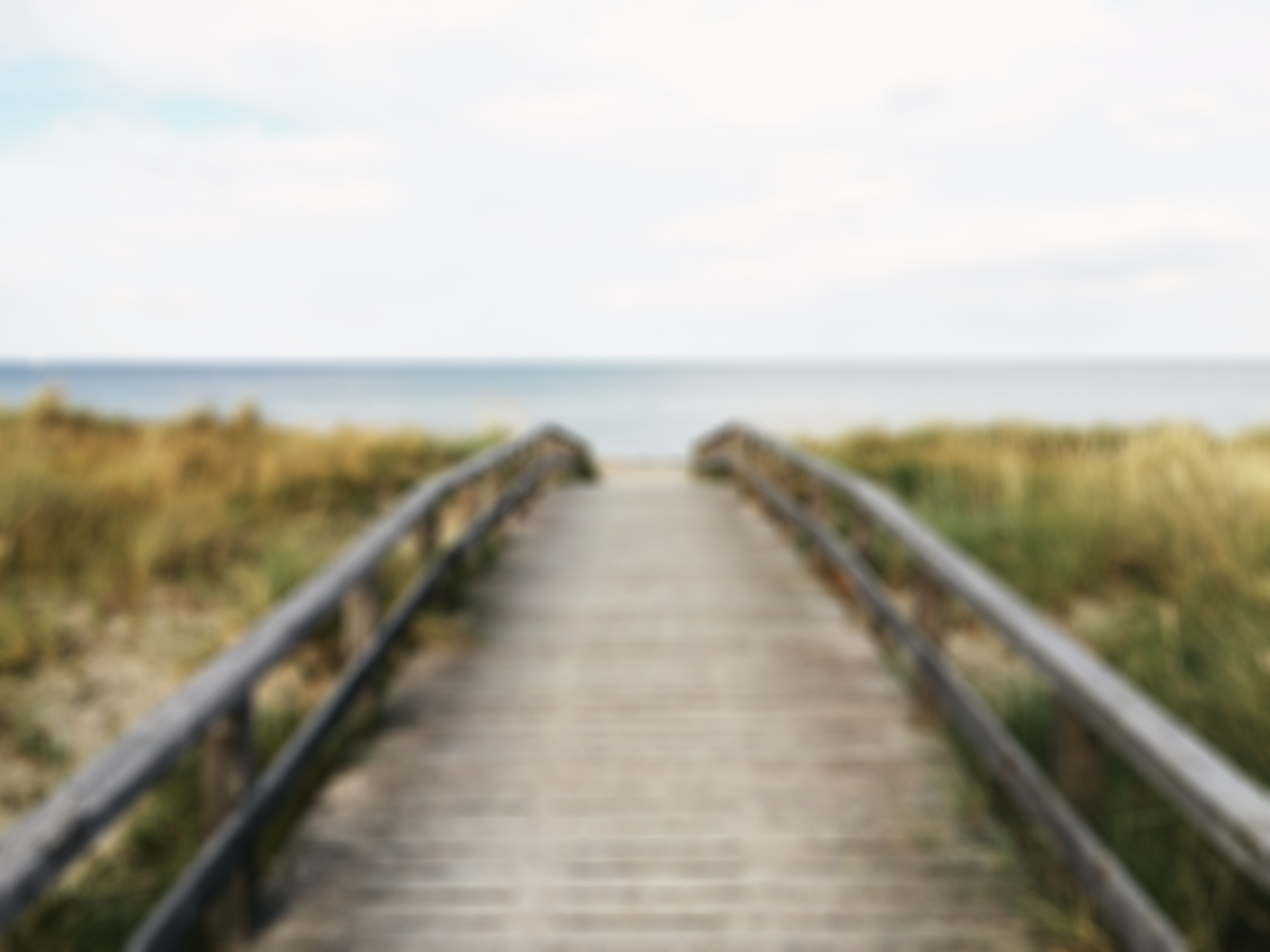 As someone who has always felt the peaks and valleys of life deeply, finding a way to create from those feelings has been and continues to be transformational. My artwork is full of color, emotion, and most importantly, pieces of myself and my lived experiences. As with life, my process and style are ever changing. Recently discovering a knack for using words to create images and personality, I have begun incorporating storytelling and poetry into my artistic work. Through my words and work, I hope to evoke understanding and compassion, while offering new perspectives and vantage points. 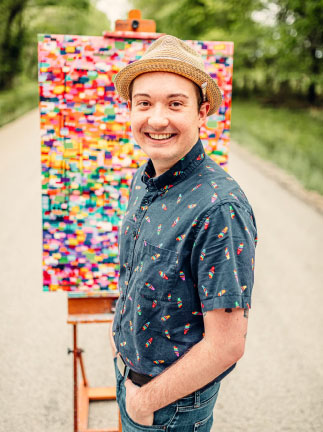 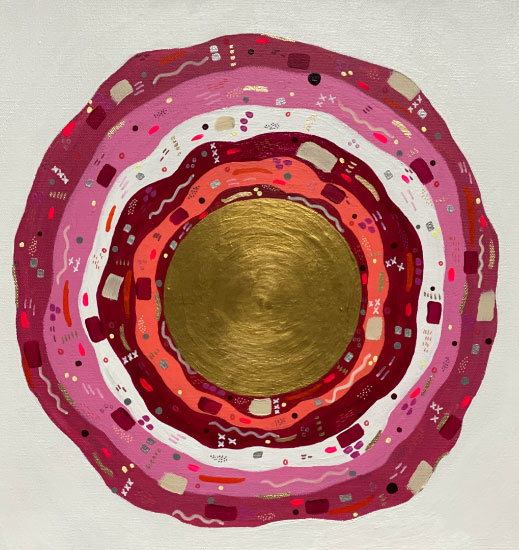 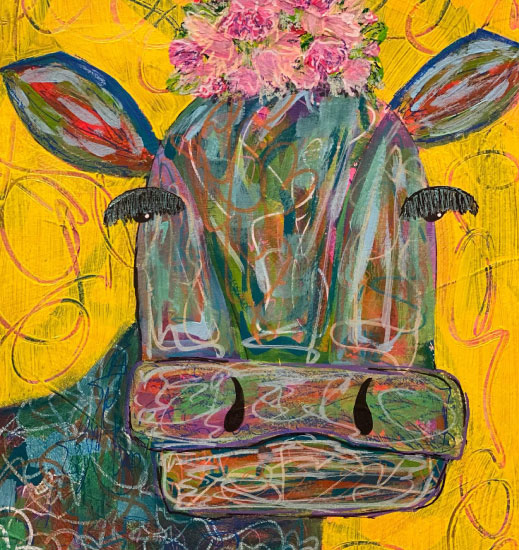 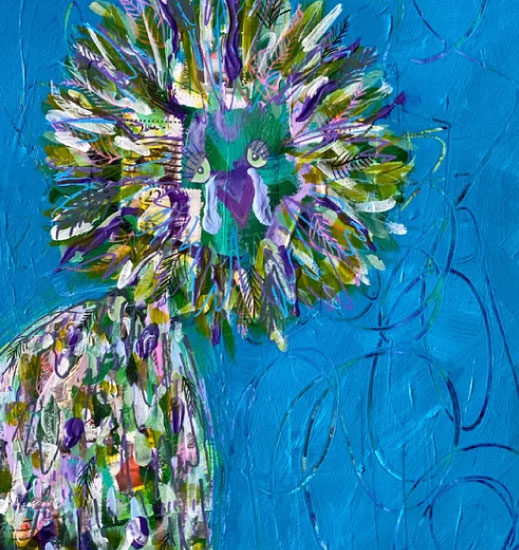 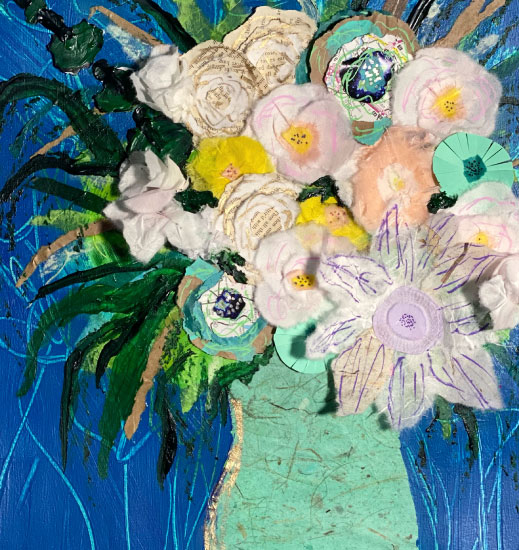 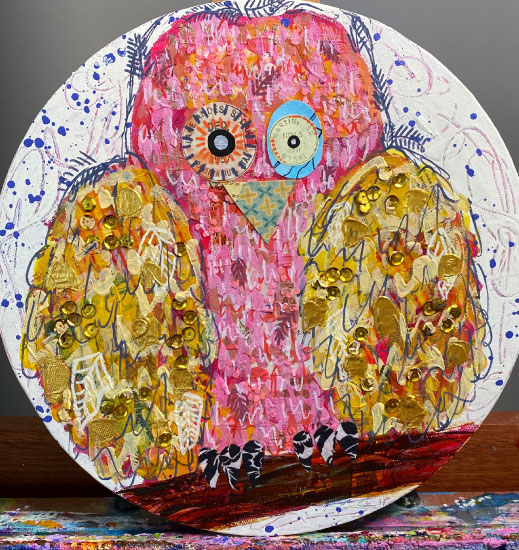 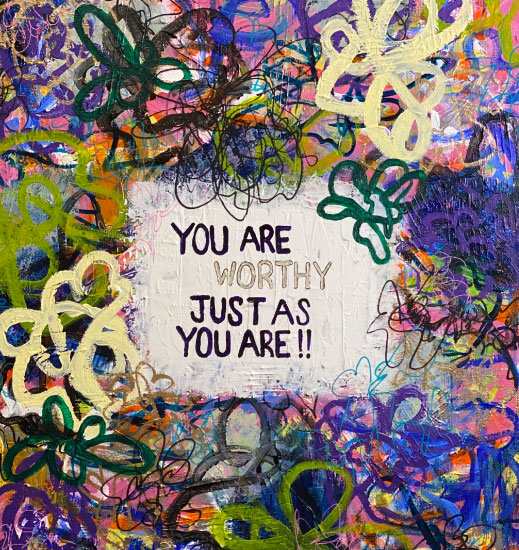 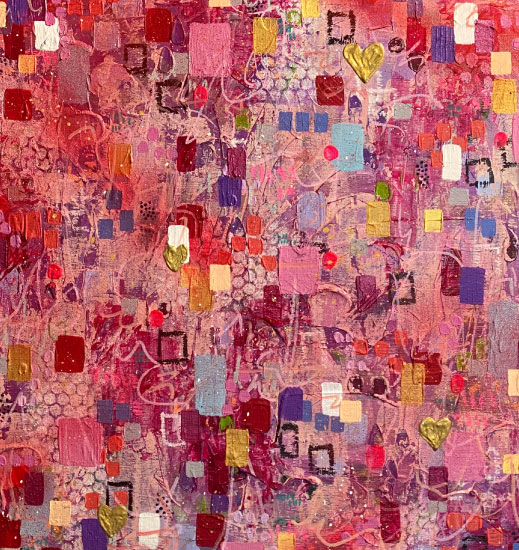 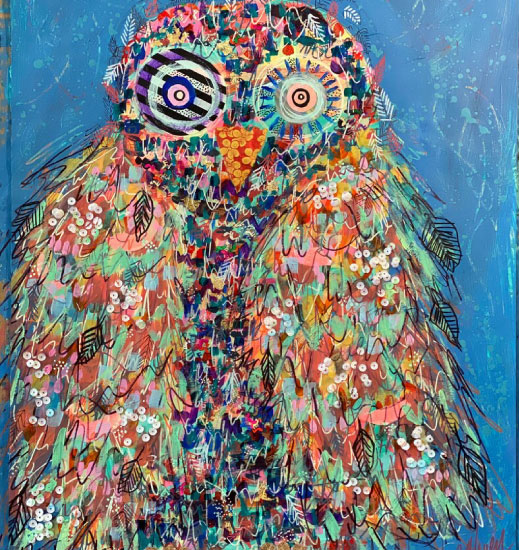 The Bench in The Sky

A little Jewish girl who grew up in Brooklyn,

No one would imagine the future of this young woman.

The only living daughter of a bookkeeper and a merchant;

One day to become the nation's most loved public servant.

Always climbing higher, Cornell would give her honors,

While Harvard barely gave her the chance of becoming a scholar.

Beware, you've yet to see what's held within the warrior!

She taught herself Swedish to fully understand,

how law could be applied to make us the best land.

She'd argue against the use of sex discrimination,

Rocking the norms of our country to it's foundation.

She would defend both sides, the women and the men

To show that no one could escape the discrimination lynchpin.

She knew that the laws required deeper inspection

Many roles she would fill-professor, mother, and yes of course judge.

Possibly never Justice, if not for dear Marty giving a nudge.

Only one came before her, her dream of nine someday

27 years on the bench, working every day to pave the way.

As part of this court, made up of nine,

Her level of icon soon she would find.

The Greatest Dissenter of modern day,

Regardless who joined her, her opinion didn't sway.

Small in stature, Notorious in fame;

Giving a voice to the voiceless, can light quite a flame!

The difference between being a bookkeeper and a judge?

Only one generation, not really that much.

Her legacy will live on longer than I,

As she continues to rule, from the bench in the sky.

She left this Earth on a holiest of day, 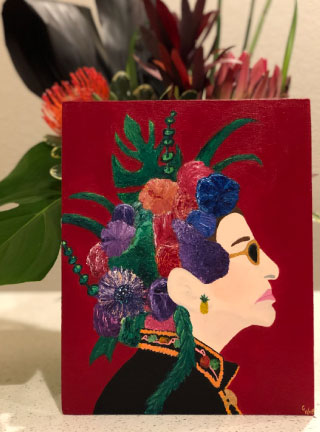 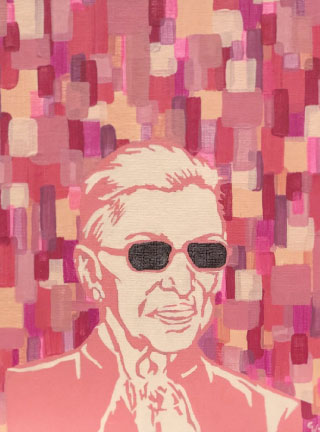 I Took My Sadness to the Watermelon Patch

The chill of night,

Sewing seeds, a soul raining down.

Tears of sorrow, now the soul of the seed.

The sprout, roots plunging deep, vines inching toward the sun.

Soaked and heavy, a bloom, 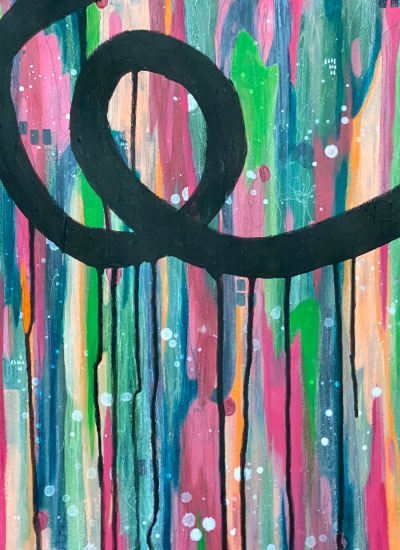 The Life of A Brush

The life of a brush,

Is really quite gruff.

With the loads of paint they bear,

Rather into the water they go,

Each one an author with a tale their own,

The colors they've laid, and the stories they've sewn.

An extension of the artist ourselves,

They deserve more than just living on shelves,

For they are responsible for the smile of Mona Lisa,

And many a portrait afront the Tour of Pisa.

As I collect my artist's fee.

Someday you'll finally be out of misery,

replaced with brushes new and shiny 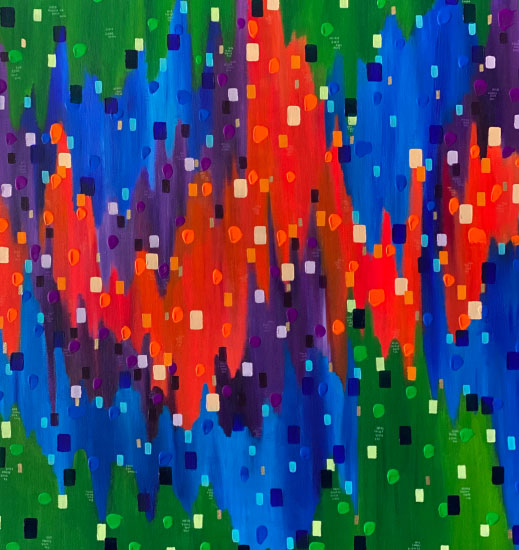 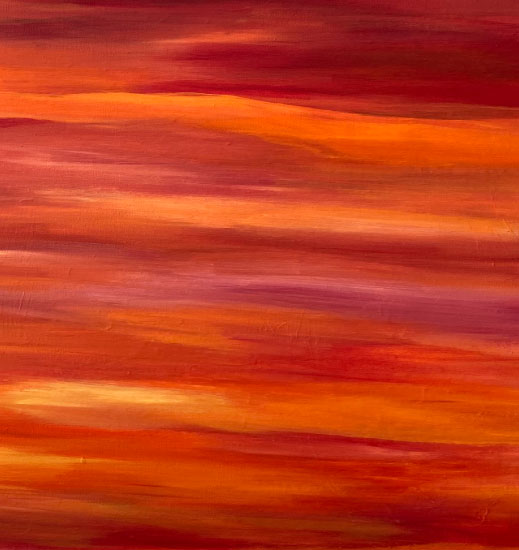 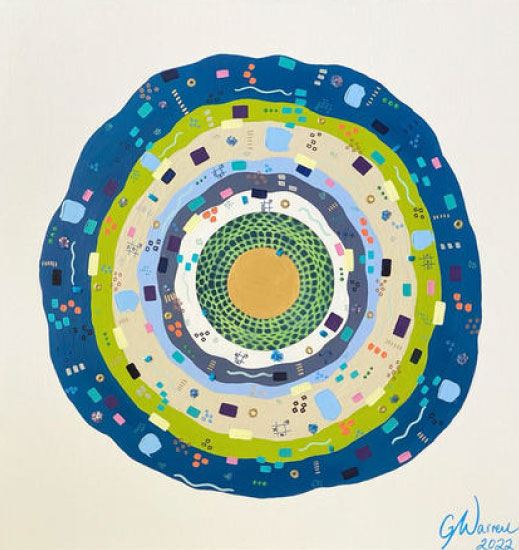 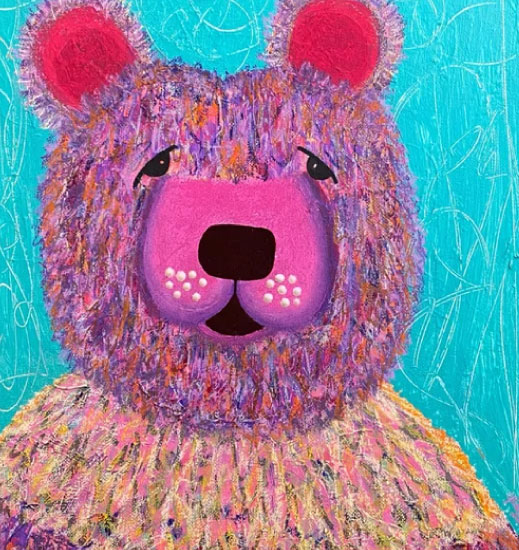 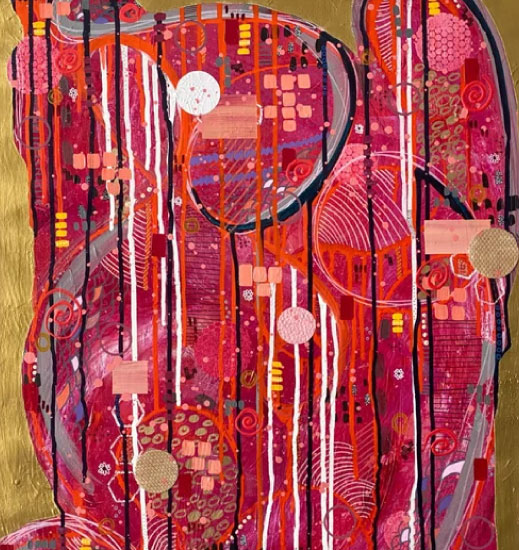 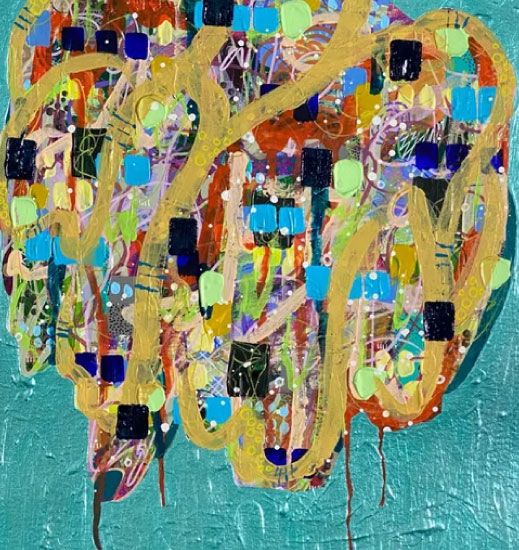 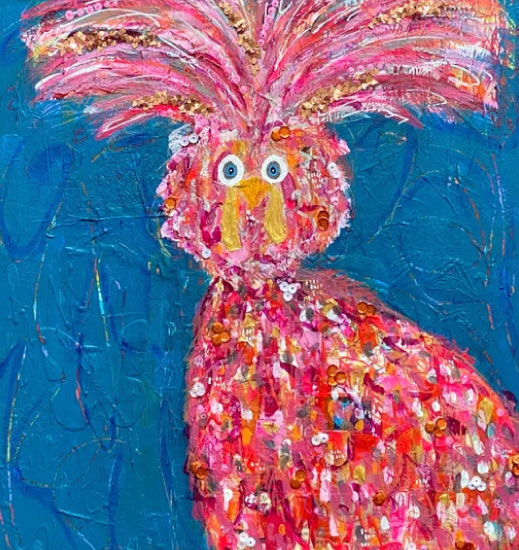 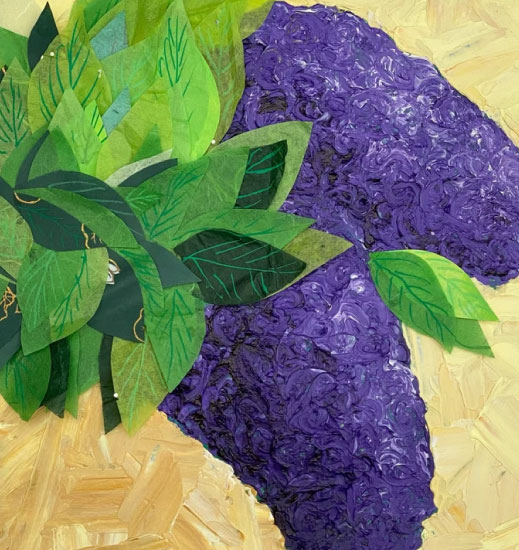 Color is my Love Language // Spiva Center of Arts // July 2022
“Color is My Love Language” was Gentry Warren's premier show held at Spiva Center for the Arts. Focused on how color and movement in tandem have become an integral part of the artist's expressions of love to himself and others, this show will take you through a very colorful journey of an exploration of emotions. With pieces representing individuals throughout his life that have left lasting impacts, and others that explore balancing emotions to create harmony, the artist offers the viewer a glimpse into his own way of processing and expressing love and emotion in it's purest form. 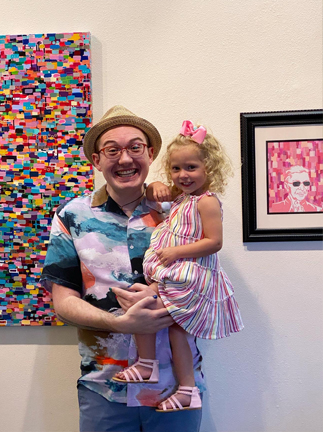 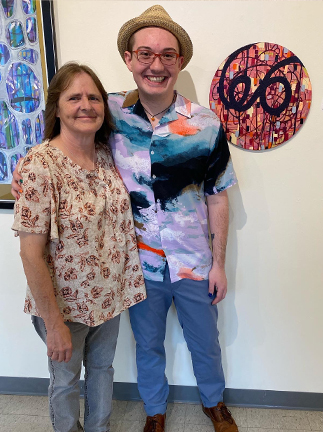 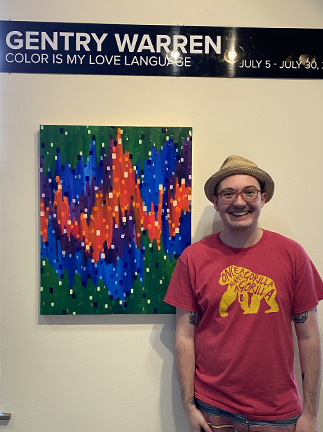 Brushes With Cancer 2019 // Chicago // Paired with Joseph LasCola
“The Trip of a Lifetime” is an artistic interpretation of the life of Joseph LasCola. Being paired with Joe came at a time of transition in the artist's life, which helped created a closer bond between the two. Several hours and FaceTimes later, not only did Joe evoke the inspiration for the art on the canvas you see, but also an inspiration on the canvas of the artist's life and soul that can never be forgotten. This painting is the story of the life of a stranger, turned friend. Beginning in Chicago where he spent most of his life, and onto Utah where life would forever change, this work represents major “stops” along the path Joe's life has taken. After receiving his diagnosis of Myeloid Leukemia, Joe's life paused, but never stopped. With drive foreign to most, Joe built a Chicago-inspired popcorn company sure to take Utah by storm. A future still to be trod, the road fades into a play on Joe's mantra- “Good Vibes Only”. An artistic ode to the King of Good Vibes, the work sends the viewer off into life with the sentiment that “every little thing is going to be all right”. Step back, take a deep breath, and know that regardless the stops along the way, the journey of any life is beautiful. 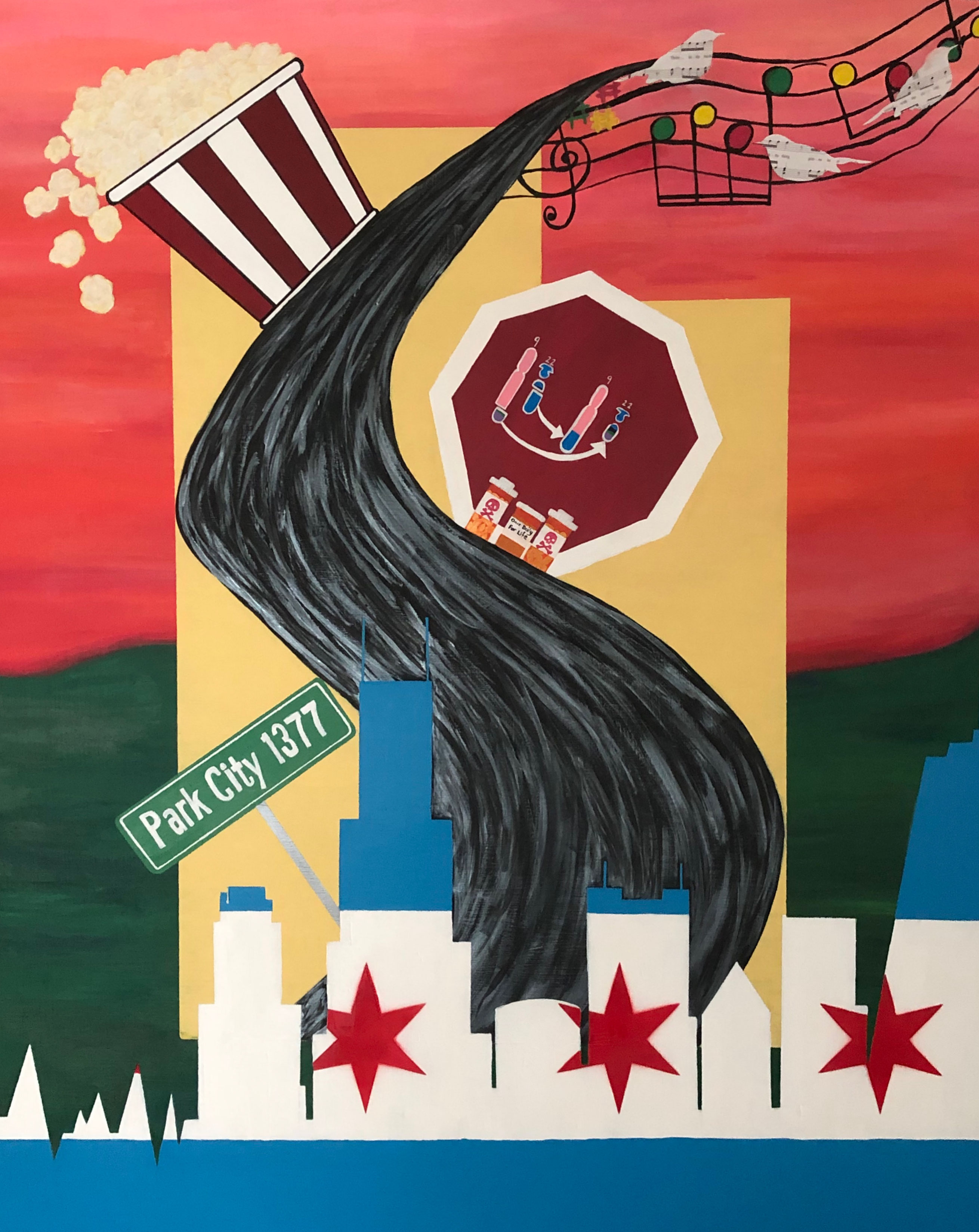 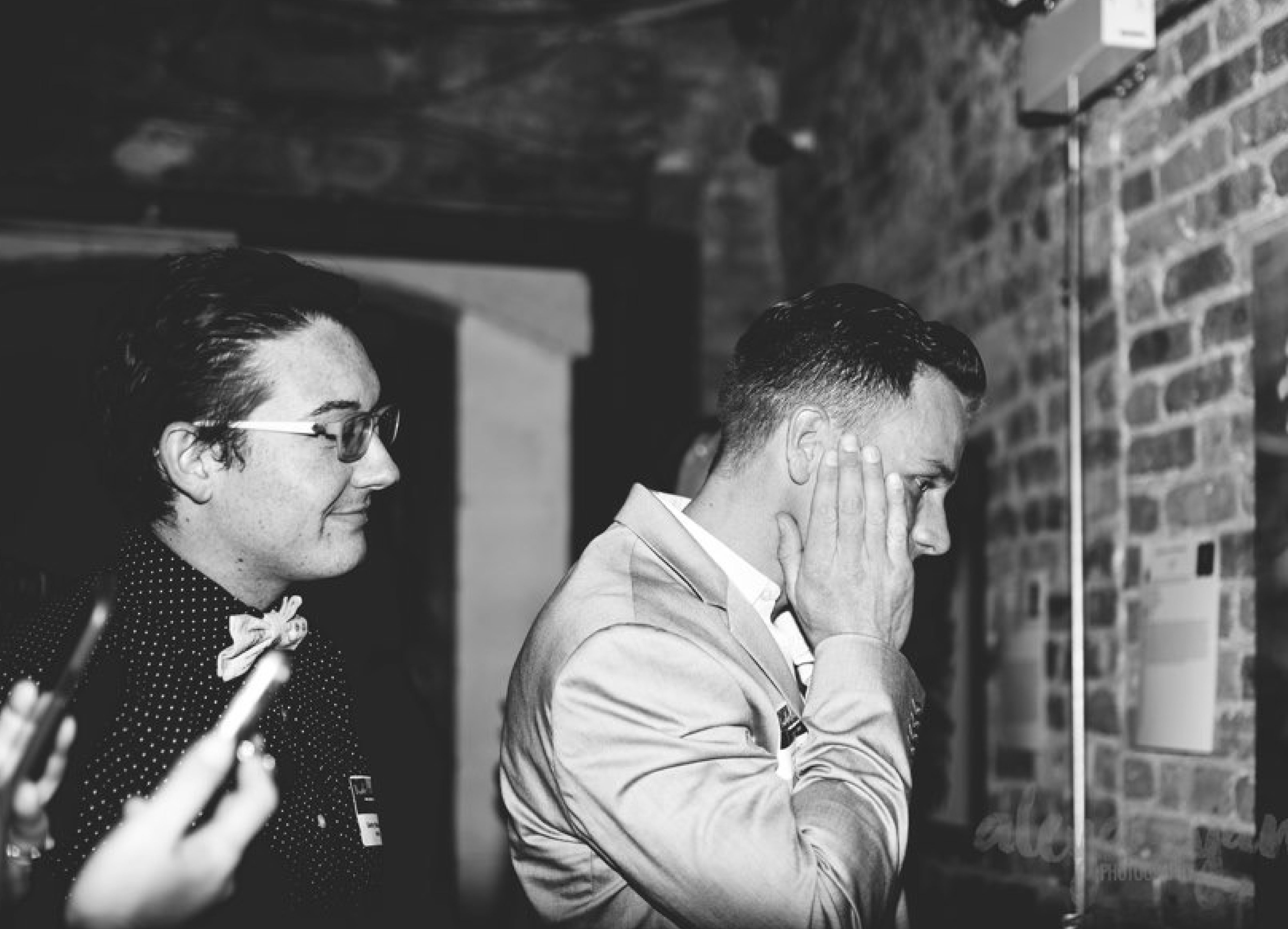 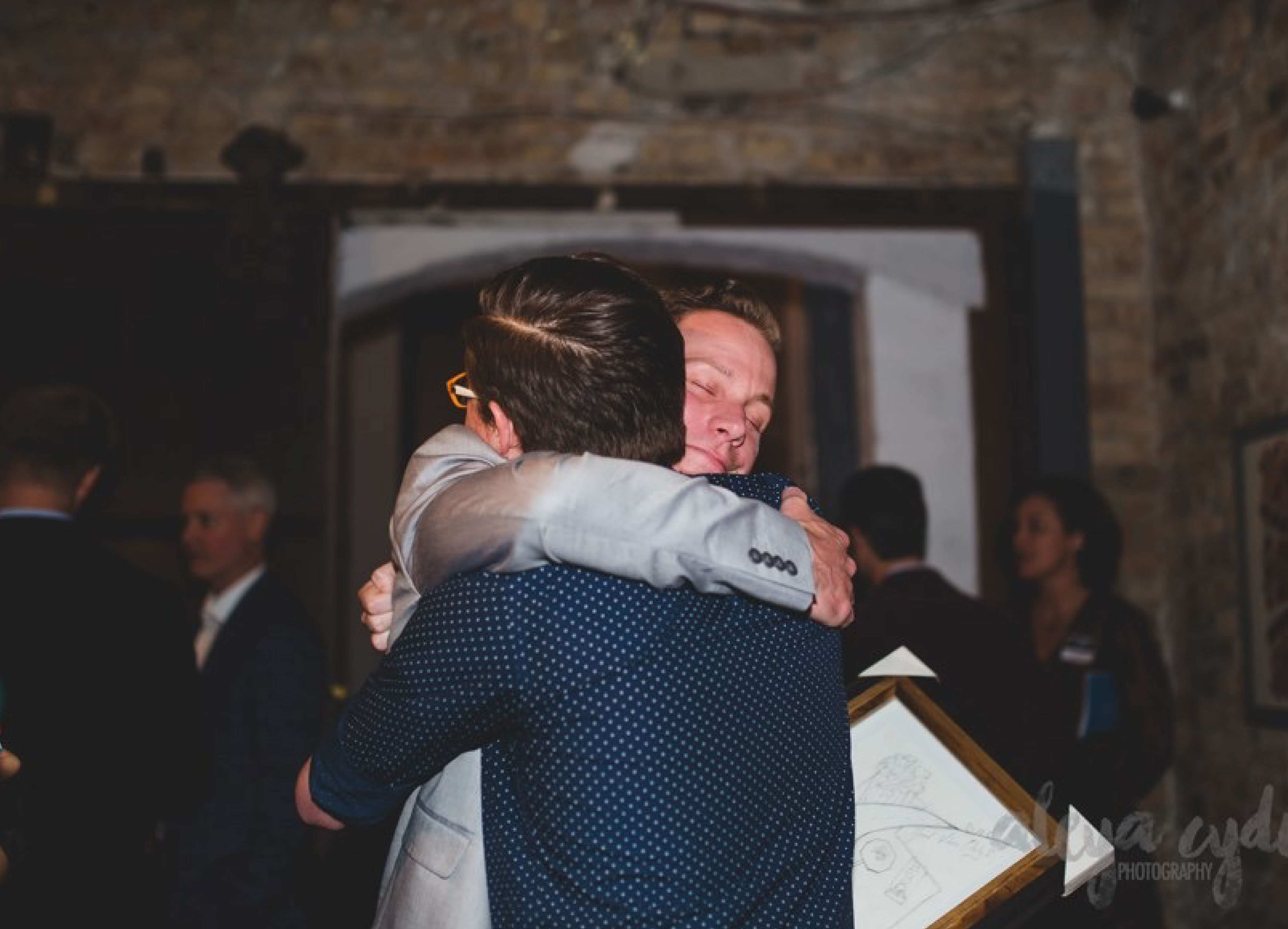 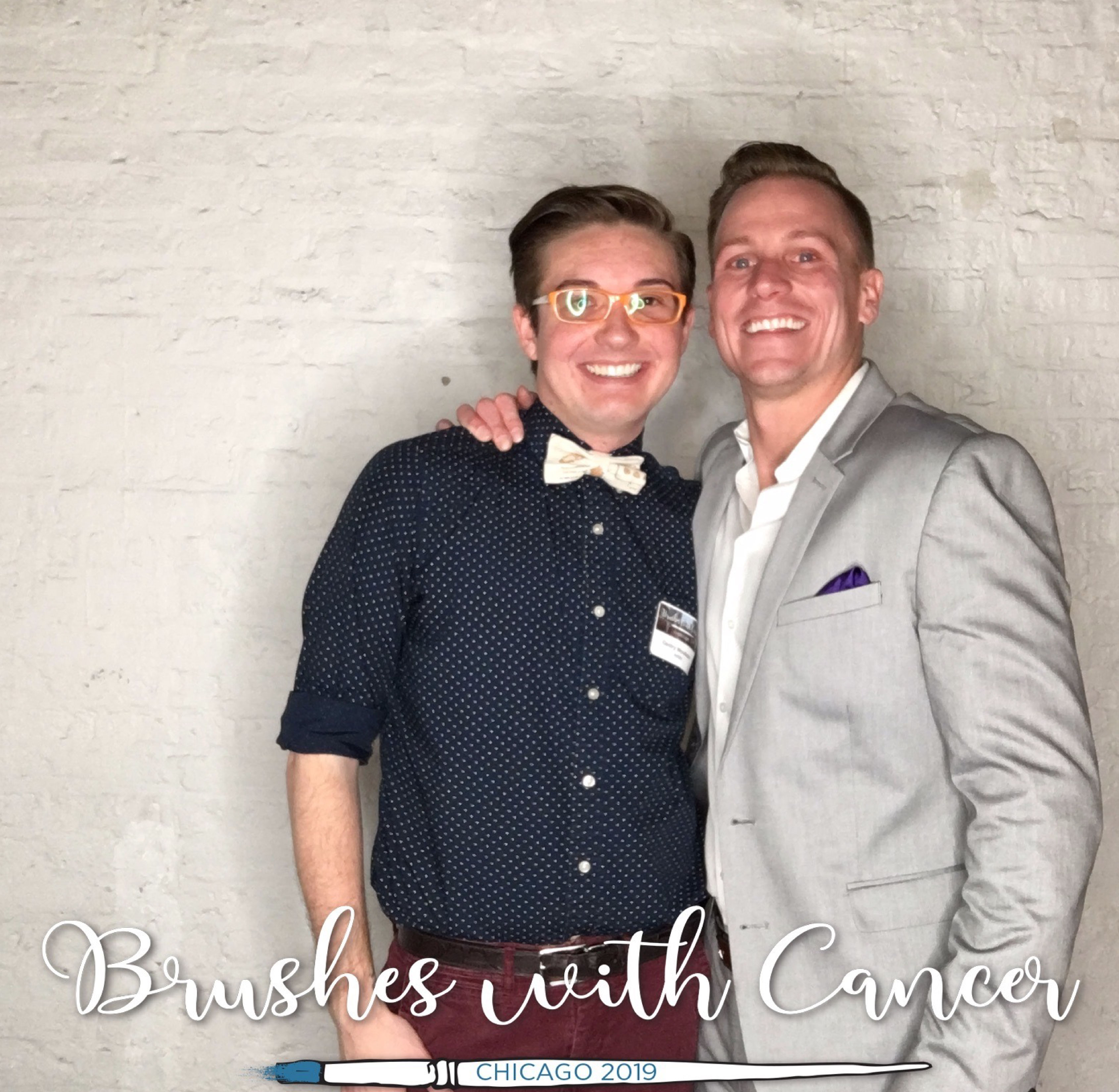 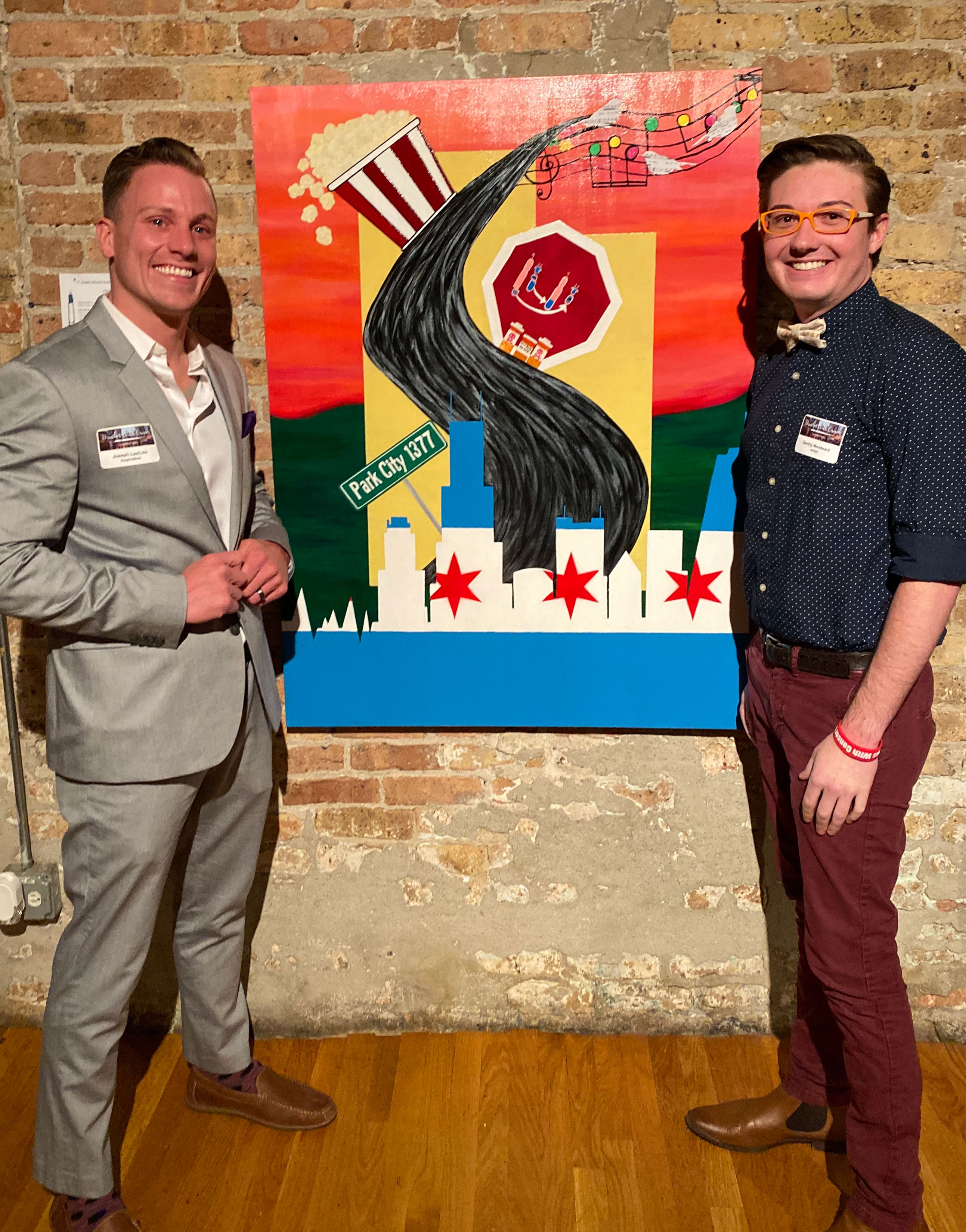 Brushes With Cancer 2020 // Virtual // Paired with Aubrey Glendining
“Handwritten Healing & The Memories That Persist” This piece narrates the healing process that Aubrey Glendinning has navigated since losing her step father, Larry, in 2010. Throughout my own stints with therapy surrounding loss and grief, I've participated in letter writing exercises to express emotional weight. As we all know, grief is different for everyone. With Aubrey finishing her graduate degree in art therapy, I found it an opportune moment to marry therapy and art in a new way. When asked to slow down and pen our words, our mind and soul are allowed to closely examine themselves and be expressed more clearly. In this case, opportunity to reflect and note how her life could possibly have changed for the better after the loss of Larry. Reminiscing about his character and what his focus for Aubrey would be, allowed her to appreciate the loss for what's brought rather than soak in what's been lost. - “But in all this hoping and wishing you were going to be there, I also realize that I may not be where I am at in my life if I didn't go through the experience of losing you” 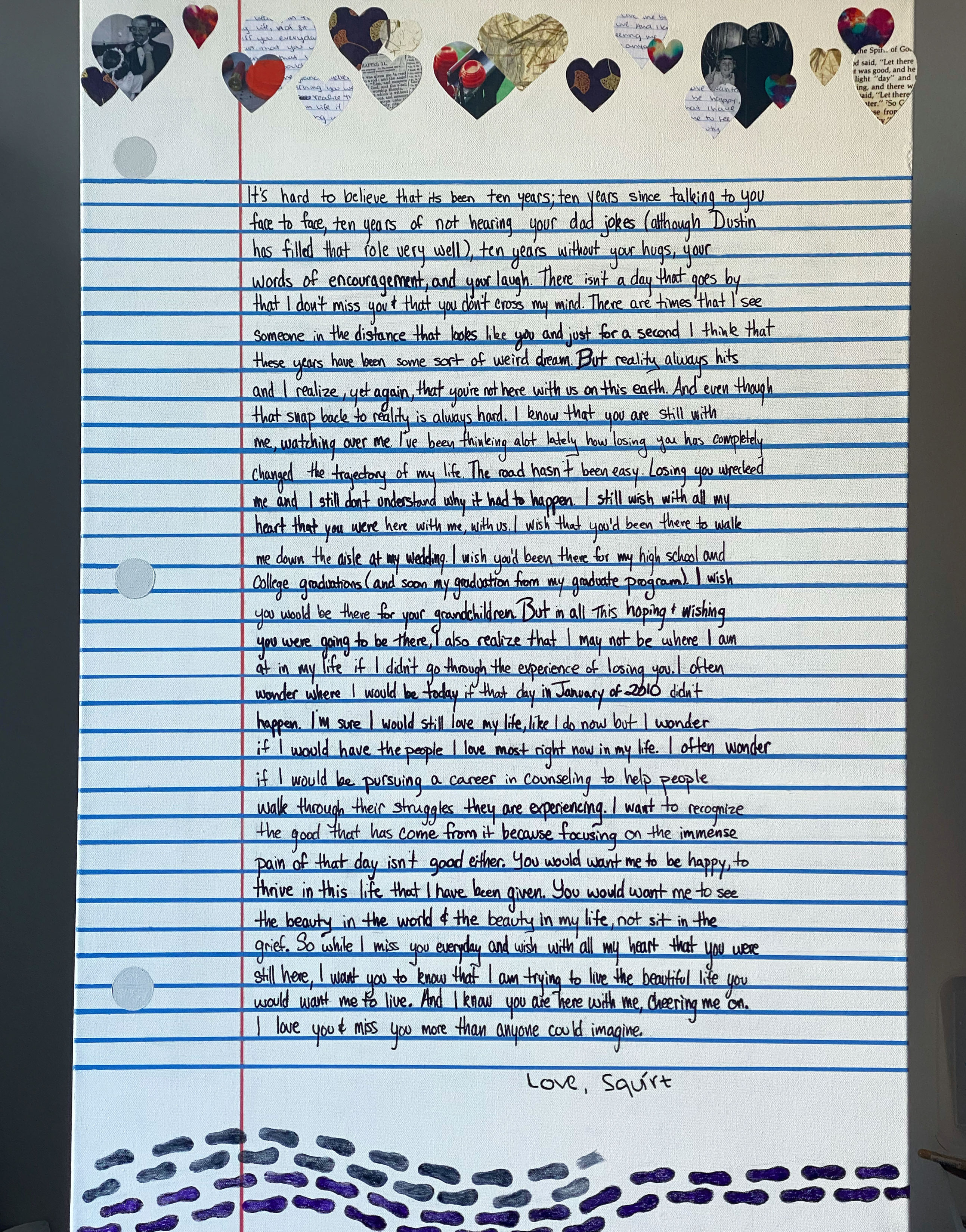 Thank you for checking out my work!

Did you see something you liked, but wonder about a different size, color palette, or other alteration. Send me a message with what you have in mind, and I'll be happy to see what I can do to accomodate. If you saw an existing work with similarities, please include the title for reference. I can't wait to hear from you!